View source
watch 01:36
We're Getting Mutants in the MCU - The Loop
Do you like this video?
Play Sound

The Ohio Bobcats football team represents Ohio University located in Athens, Ohio. The Bobcats are a member of the NCAA FBS Mid-American Conference and play their home games at Peden Stadium in Athens. The Bobcats are currently coached by Frank Solich.

In 1960, the Bobcats were crowned National Small College Champions after compiling a 10–0 record under Bill Hess. The Bobcats have appeared in twelve bowl games, losing 15–14 to West Texas State in the 1962 Sun Bowl, losing 49–42 to Richmond in the 1968 Tangerine Bowl, falling 28–7 to Southern Mississippi in the 2007 GMAC Bowl, losing 21–17 to Marshall in the 2009 Little Caesars Pizza Bowl, and a defeat at the hands of Troy in the 2010 New Orleans Bowl. Ohio won their first bowl game on December 17, 2011 with a 24–23 victory over the Utah State Aggies in the Famous Idaho Potato Bowl. Ohio followed up that bowl win with another in 2012 over Louisiana–Monroe in the 2012 Independence Bowl, by the score 45–14.

In 2013, Ohio played in their fifth consecutive bowl game, losing to East Carolina in the 2013 Beef 'O' Brady's Bowl. Ohio lost in the 2015 Camellia Bowl and the 2016 Dollar General Bowl, before defeating UAB in the 2017 Bahamas Bowl and San Diego State in the 2018 Frisco Bowl. 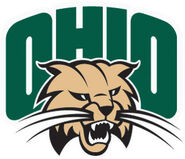